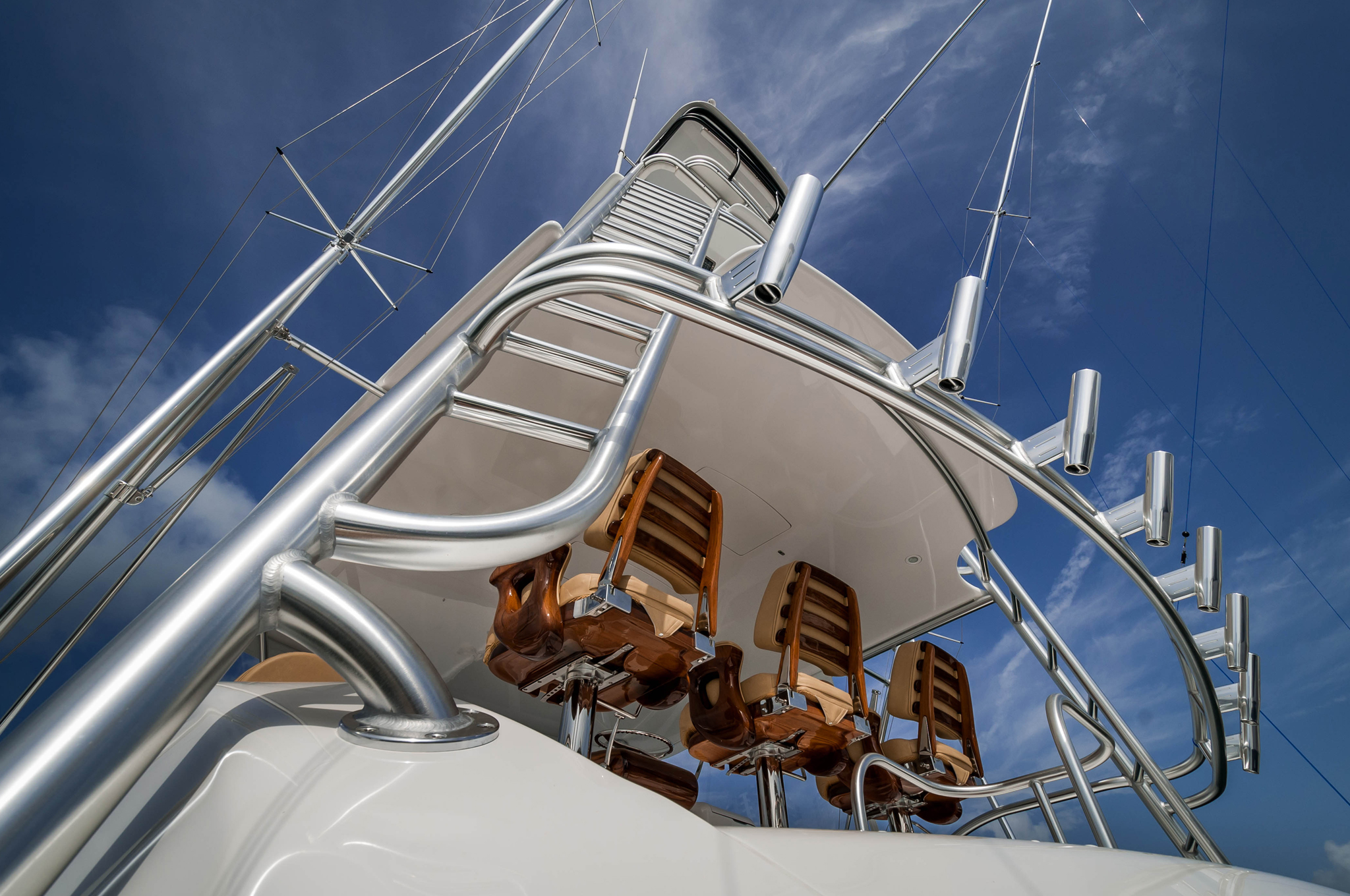 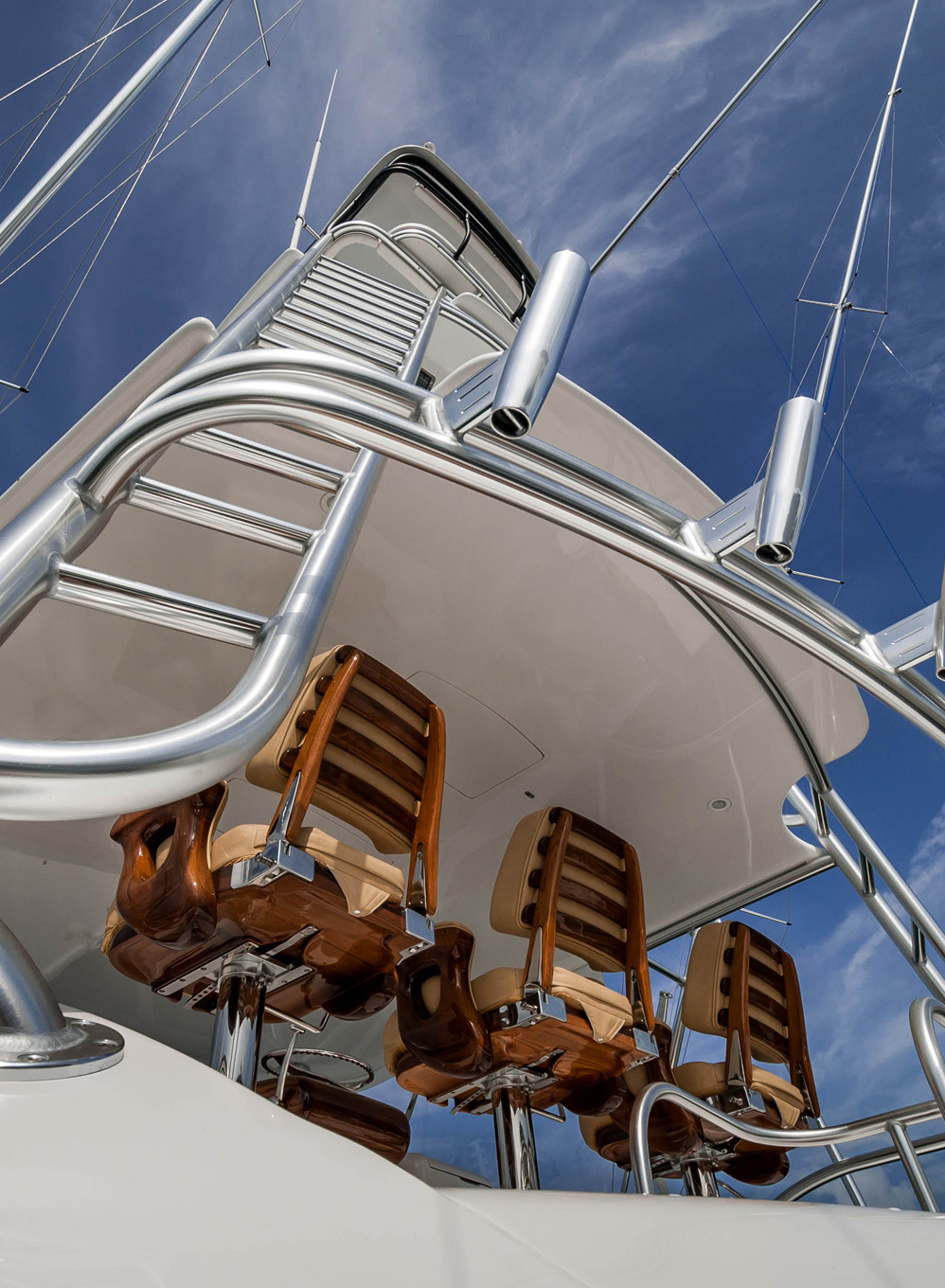 “The marine industry is completely sensitive to the status and outlook of the North Atlantic right whale,” Viking President and CEO Pat Healey told the crowd, packed with media members and concerned leaders from boat, engine and marine businesses. “But this is a deeply flawed rule – rushed and put into play with zero participation or input from the boating and fishing community. Right whale vessel strikes have just not been an issue for our industry. This is a classic example of government overreach.”

The National Marine Fisheries Service, an agency within NOAA, is proposing amendments to the North Atlantic Right Whale Vessel Strike Reduction Rule to reduce the likelihood of vessel strikes. The changes will make this mandate the most consequential maritime regulation that the recreational boating and fishing sector has ever faced. The federal rule would broaden the current 10-knot (11.5 mph) speed limit to include boats 35 feet and larger (down from 65 feet); expand the zones from discrete areas to virtually the entire East Coast (from Massachusetts to Florida) as far out as 100 miles; and extend the go-slow mandate for up to seven months a year.

Flaws and Impact
The facts fail to support NOAA’s sweeping changes. Since 1998 – 24 years – there have been 24 known right whale vessel strikes across 10 states. Of those, eight were attributed to boats from 35 to 65 feet. The odds of a vessel from 35 to 65 feet striking a right whale are less than one in a million, according to a study commissioned by the American Sportfishing Association.

“In our 58-year history, with more than 5,000 boats delivered, we have never had a report of our boats having an encounter with a right whale,” said Healey. “And we would know because it would cause significant damage that would be repairable only by us.”

The restrictions would result in the cancellation of thousands of boating and fishing trips; cause economic disruption to all maritime activities along the eastern seaboard; lead to the decreased use and sale of boats—all resulting in potential massive job losses throughout the industry.

“NOAA’s proposed rule severely underestimates the financial impacts on the recreational fishing and boating industry, the largest contributing sector to America’s $689 billion outdoor recreation economy,” said Frank Hugelmeyer, President of the National Marine Manufacturers Association. “NOAA must pause implementation of its rule and incorporate key stakeholder feedback and data. Without serious revisions, the economic health of coastal communities, small marine business – and those businesses who rely on a robust fishing and boating economy – as well as thousands of jobs along the East Coast are at risk.”

“This misguided expansion would make offshore fishing trips on vessels 35 to 65 feet nearly impossible on most of the Atlantic Coast,” said Jeff Angers, President of the Center for Sportfishing Policy. “The rule includes flawed risk models and vastly overestimates the probability of a recreational vessel interacting with a right whale. These speed restrictions are based, in part, on the assumption of a 10-meter surface strike zone, but most recreational boats in this size range have minimal intrusion beyond the upper 3 feet (1 meter) of the water column.”

To convince NOAA to put the brakes on, it’s imperative that the entire marine industry – boat owners, anglers, manufacturers, dealers and vendors – Submit comments to NOAA by clicking here. The deadline for comments is Monday, October 31, at 11:59 p.m.

“We need everyone to do two things,” said Healey. “Submit comments, explaining how the rule would impact their boating and fishing activities or business, and contact your member of Congress.”

Edmonston focused on safety, saying the rule fails to accurately consider how recreational boats operate. “The 10-knot restriction hinders a boat’s maneuverability, the operator’s visibility and negates the ability to outrun inclement weather,” said Edmonston. “We’re concerned about how this proposed rule will be enforced and are very much opposed to the use of AIS [automatic identification system], which is designed to be a safety device – not a tool of regulation enforcement.”

Alternative Solutions
NOAA could have avoided the rule’s excessive and unnecessary negative impacts on the boating and fishing community if it had involved the industry in its development.

Restricting marine activity is not an effective or reasonable option. There needs to be a fundamental shift to focus on tracking individual right whales so they can be avoided. It’s the only practicable management approach for this population. “The boating and fishing community is committed to working side by side with NOAA to find science-based solutions to meet right whale conservation goals without devastating America’s time-honored tradition: recreational fishing,” said Schratwieser. “The proposed rule challenges these principles and the science-based approach we would expect to see from NOAA.”

Alternatives must be explored, including real-time monitoring of right whales through tagging, acoustic detection, pushing location information to operators, development of avoidance technology, outreach/education and increasing compliance with existing regulations.

“We must continue to oppose NOAA’s 10-knot restriction,” said Healey. “As with any governmental regulation, strong grass-roots efforts lead to change. We’ve proven this by fighting and overturning the Luxury Tax of the early 1990s. This issue needs that same level of commitment from all of us.”